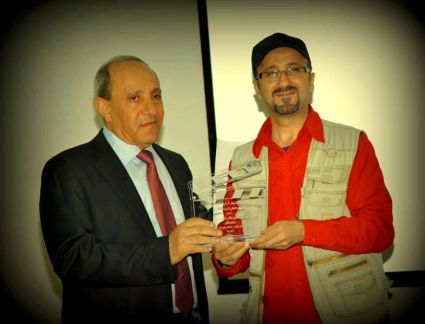 Bilal Khreis is an independent Lebanese Director and the director of public relations in the Syndicate of Cinema Technicians in Lebanon.

He has three feature films and fourteen long docudrama films and is a winner of golden awards. His cause and the focus of his work are the human, especially women and kids, and that is presented in his social, traditional, political and artistic films.

Bilal Khreiss’s first documentary film talks about women combatants during the Lebanese civil war, “Women Warriors” (or Weapons within Soft Hands), which presents women holding the weapons of death in their arms, when they’re the ones who hold lives in their abdomens.
He studied Arabic Literature before directing, which enabled him of expressing well and writing most of his films, among which is The Torrential film.